"By the light of the magical moon" 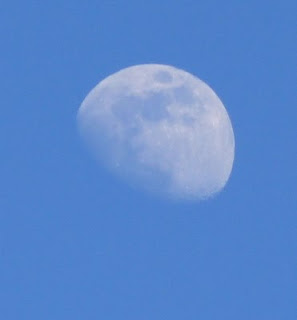 A lot of Italian's garden according to the cycle of the moon. This means they will plant seeds/bulbs/plants dependent on where the moon is in it's cycle - whether it is waxing (growing) as the case currently in the northern hemisphere or if it is waning (shrinking) as it will be from the 25th August onwards. So with the moon waxing at the moment they should be planting lettuce, leeks, chicory and cabbage.

A local olive oil producer has a fifth moon oil which is picked on the 5th moon after the olives have flowered.

The moon does hold a strong influence over such things as the tides and I was speaking to a head nurse of a old people's care home recently and she said the behaviour of the residents was markedly different when there was a full moon. She said why shouldn't it given that we are mostly water.

Here at Casa Margherita we do not follow the lunar cycle for our planting regime preferring the haphazard approach that guides the rest of our lives. Or is it?

This site is very good for finding out what phase the moon is in www.woodlands-junior.kent.sch.uk/time/moon/#4