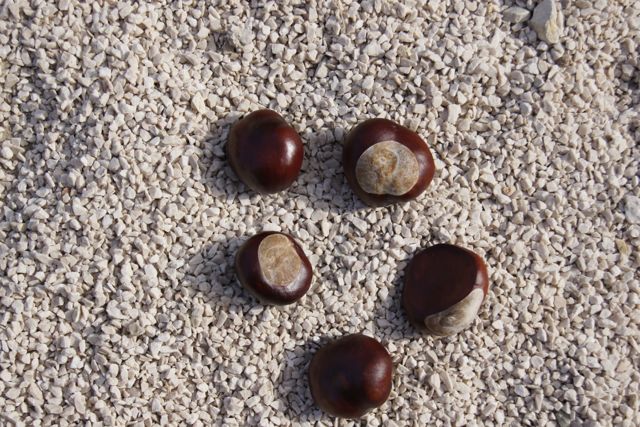 Seeing these horse chestnuts on the ground yesterday reminded me of when I was a small boy and of playing conkers at school.

The chestnuts were collected and then hardened by various methods (brine, baking or vinegar) and then a string was inserted through the middle and knotted and you were ready for competition.

Conkers were played at every single opportunity at school - between lessons, during lessons and at break times. You had one strike in turn with the object being to break the opposing players conker into pieces. If you were victorious then your conker was a oner. Victory a second time a twoer and so on.

If someone had a champion conker - say twelver then you would normally only expose it to similarly successful opponents.