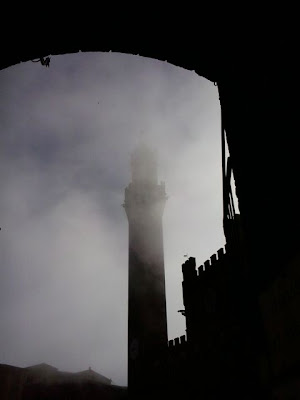 Sometimes when your head gets to be rather too deep in the bucket it is easy to lose sight of, amoungst many things, the beauty of your surroundings and their ability to refresh your senses - the old saying travel broadens the mind. At least it refreshes it.

We have benefited from family and friends visiting earlier in the year and so have travelled back to many places across Italy and have enjoyes travelling around anew.

Above shows the clock tower of the Comune offices that dominate Il Campo in Siena in an early morning mist.
No comments:

Eat your heart out 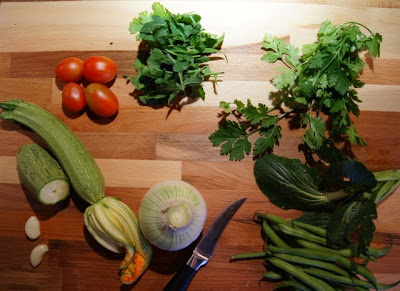 Our orto really is a different beast this year. All the these vegetables were grown there. The main change was the addition of 3 tonnes of organic compost which seems to be working a treat. It is great being able to go and pick this variety of veg a couple of steps from the kitchen. Go on dig that lawn up.
No comments: 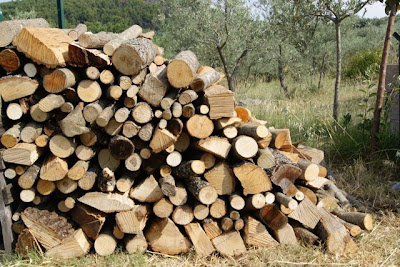 For the first time since we moved here we have needed to buy some wood for winter fuel as we have exhausted the supplies of olive wood. So yesterday 3 tonnes arrived and I made a start this morning putting the logs into a wood pile. There is something primal about stacking wood for winter and very satisfying. Only about 2.85 tonnes to go.
No comments: 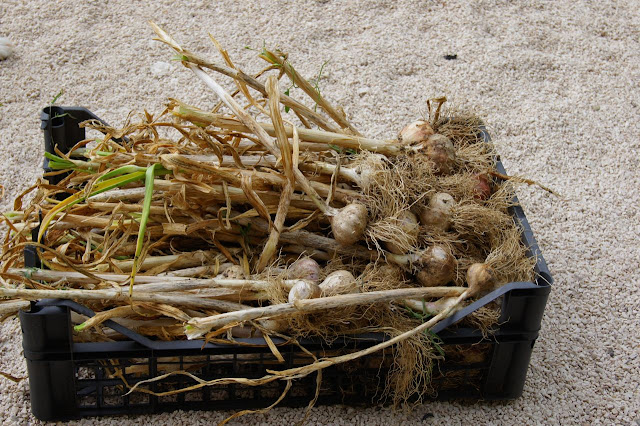 A good crop of garlic which I dug up today which will go and dry out in the boiler room for a few days. Normally this would have been harvested a few weeks earlier, generally around the date of the summer solstice.

Lets hope we are not picking the olives in December as that could be a bit unpleasant.
No comments:


We are currently being governed by an coalition enforced by President Napolitano in the absence of any clear majority or any alliance following the last elections. We have lots of promises of measures to relaunch the economy but very little action.

Having attended a concert at the major arts festival in Spoleto the other night, which whilst being well attended, the restaurants were in the main deserted. This in July and in a major Umbrian town.  I have no solution to this but as someone rightly said recently attitude counts for a lot and we just need to be more positive. As for our Government we wait.

But maybe I am looking in the wrong place. As five-time prime minister Giovanni Giolitti (1842-1928) supposedly said when asked by a journalist whether governing Italy was difficult: “It is not difficult, but it is useless.” So maybe it is up to us. 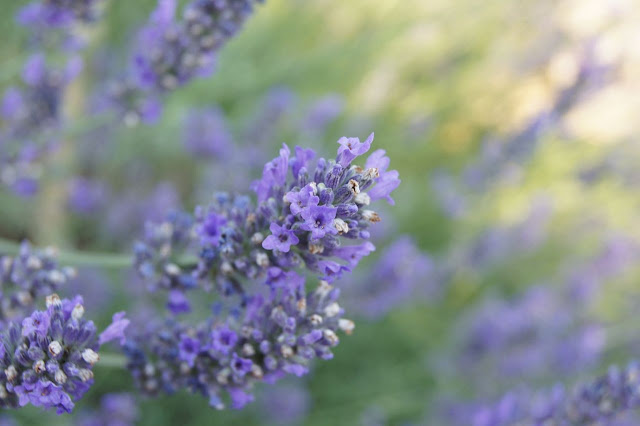 Madly trying to get all the grass cut in the grove this week as next the temperatures get into the late 30°c
which is game over time.